You are here: Home1 / Workshop News2 / Does my Mercedes Automatic Gearbox need servicing? Well the simple answer is yes it does!
Gearbox servicing has always been a talking point amongst enthusiasts and internet forums.
Because of this depending who you ask this question to will depend on the answer you get as to weather this should be done and also what mileage should this should be done.
Your gearbox works as hard if not harder than your engine taking the brunt of the power from your engine transferring it down the prop shaft through the differential to your road wheels. So in laymans terms ‘no gearbox no drive’ So why on earth wouldn’t you maintain it?

lets take a history lesson into Mercedes Gearbox servicing schedules. The late 80s early 90s 4 speed automatic gearboxes had a service schedule of changing the gearbox fluid, filter & sump gasket every 36,000 miles this was a great schedule to ensure your gearbox fluid was

always clean and provided the smoothest gearshift possible and also great for the mechanic to keep an eye on any debris collecting in the gearbox sump and advise the customer of any internal wear.

In the mid 90s the 722.6 ‘5 speed’ electronic gearbox came out which Mercedes claimed was a sealed for life gearbox This meaning no gearbox servicing was required! Even though there was a removable sump, sump plug, filter, and dipstick tube!, as the mileage racked up gearbox’s started failing left right & centre, which was a shame as the gearbox was a good transmission but lack of maintenance sadly let it down. As the complaints/warranty claims built up with Mercedes they then put a 100,000 mile service schedule on the gearbox but even at that mileage internal wear and gearbox faults would of already of been caused, eventfully they dropped it down to a 40,000 interval similar the tried and tested 4 speed era but again depending on who you contacted about the interval would depend on what answer you get.

After a good decade of using the 722.6 Mercedes developed there new 722.9 ‘7 speed’ electronic gearbox which used the same fluid as the older 5 speed and learning from there previous mistake they set the gearbox service schedule every 40,000 miles.
The 722.9 also had an updateable control unit meaning Mercedes released numerous software updates over the years to ensure a smooth gearshift and some and iron out any software the control unit might inherit.

‘just like updating an IPhone or a windows laptop’

After a while Mercedes updated the 722.9 gearbox to run on a high friction oil providing extra protection and a longer service life which bumped the service schedule up to 77,000 miles.
I like the idea of the higher friction oil to prolong the gearbox life but I personally wouldn’t of put the service life up I would of kept it as it was.
So yes Gearbox servicing is an important part of keeping your Mercedes maintained correctly.
Although can be deemed expensive to do so. Considering it isn’t due every year unlike an annual serviceing when you brake down the cost over a 4-5 year period maybe more depending on the mileage you cover it is actually a very reasonable maintainece cost.


If you own a Mercedes and don’t have record of a gearbox service to of been carried out I would highly recommend putting it on the to do list next time its in for service for piece of mind.

Below is a Video link of us replaceing a gearbox conductor plate were you can see how much debri is collected inside a gearbox during service intervals. 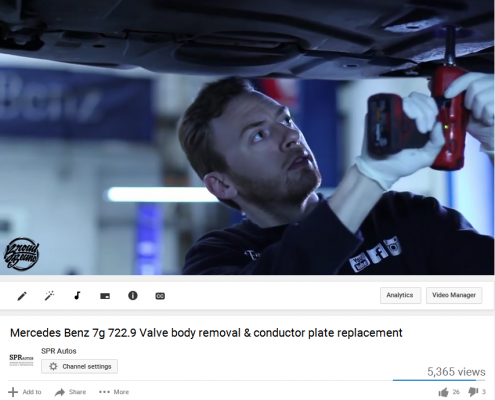 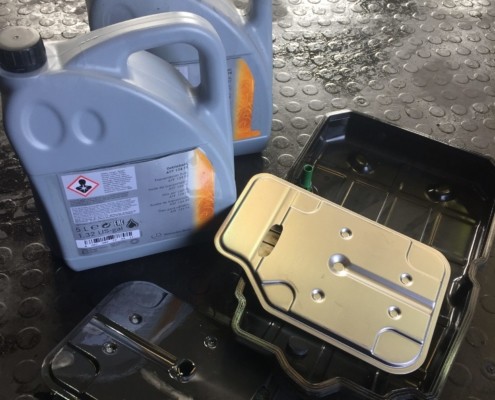 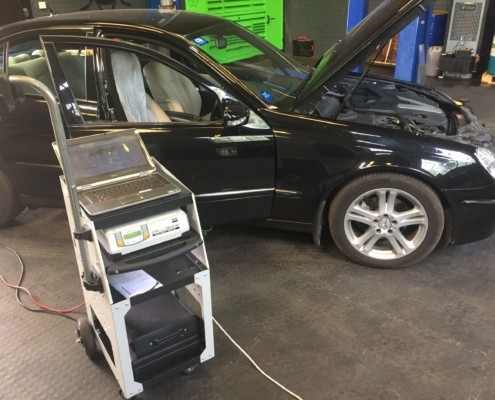 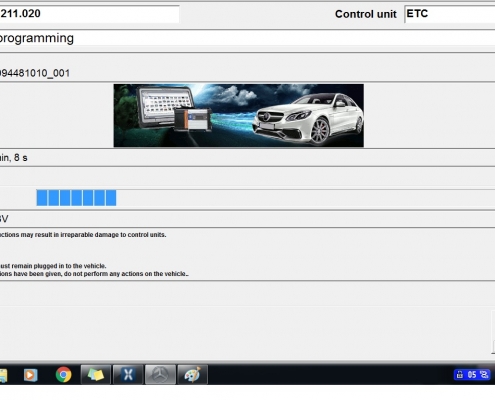